Here at Battle Born Batteries, our team loves to hear testimonials about how our products help you get out there and stay out there, and our anglers are no exception. Battle Born Pro Angler Miles “Sonar” Burghoff has been busy competing in tournaments and spending day after day competing on the water, and wanted to share his experience. He recently released a video about why our LiFePO4 system works in his rig, which you can also check out here!

Every once in a while, a product comes around that leaves you wondering how you ever could operate without it- and that pretty much sums up my experience switching over to Battle Born lithium batteries.

Before we get into the reason for my newfound love affair with these batteries, let me introduce myself and what I do.

My name is Miles Burghoff (some know me as “Sonar”), and I am a professional angler.  Essentially, my life revolves around competing on the MLF Big 5 Pro Circuit and co-hosting a television show called Sweetwater.  Much of my year is spent on the road, living out of my Lance camper, and spending countless hours on my Nitro boat. Rain or shine, my job is to overcome every obstacle I can to catch fish. 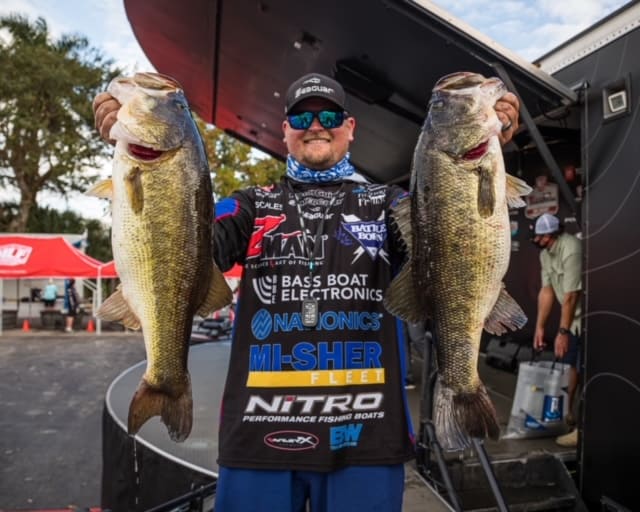 This brings us to why the switch to Battle Born has been such a profound improvement on what I do, whether on the road, or on the water.  The obstacles I mentioned above oftentimes come in the form of challenging weather patterns, or overcoming inexperience on a new body of water, but many times these obstacles are in the form of equipment failures or limitations in the capability of a technology, and there is no category of equipment that I have had more issues with over the years than deep cycle batteries.

I can still recall the frustration I felt when I would have to replace one lead-acid battery after another each season.  It wouldn’t be uncommon for me to need to replace all three batteries in my 36-volt trolling motor system by the end of a season.  It seemed like the scramble to find a retailer to replace a bad battery was inevitable at some point during an event each year.

I would even carry distilled water and a turkey baster with me to maintain the batteries, and even had to carry some baking soda with me if they ever spilled or started to “weep” to neutralize the acid before it ate away at something important in the bilge.  Even the “superior” AGM batteries never seemed to be foolproof for me, and as the demands for more power on our boats increased with new electronic technology and more powerful trolling motors, the issues seemed to increase.

But with every failed battery I would just grit my teeth and force a grin…” this is all just part of the game.” 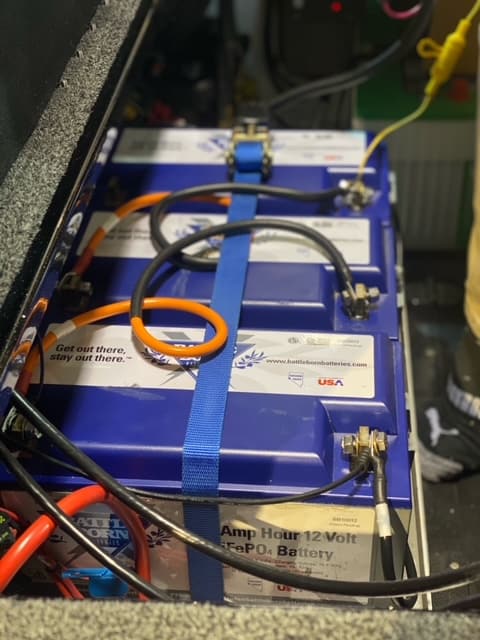 When deep cycle lithium battery technology started coming to the forefront, I was still fresh out of college, and fresh out of money, and like many consumers, I would look at the price tag of this new technology and be very skeptical that it would be worth the added cost.  Fast forward to today, and I can’t believe it took me this long to make the switch.

In the effort to verbalize the reasons why Battle Born Batteries have been game-changing for me, I could throw out some technical jargon, which I have done in some of my most recent YouTube videos- but I would rather sum it up in one word… EFFORTLESS!

Before making the switch, I always considered maintaining and replacing my batteries, and having them lose power by the end of a hard day of fishing, just part of my process, but now I know that constant battle was all an unnecessary consumer of time and money. I’ve installed the same set of three Battle Born 100Ah deep cycle batteries in my boats and HAVE NEVER had to replace a battery, nor have I EVER run out of power, even in the most demanding tournament situations. 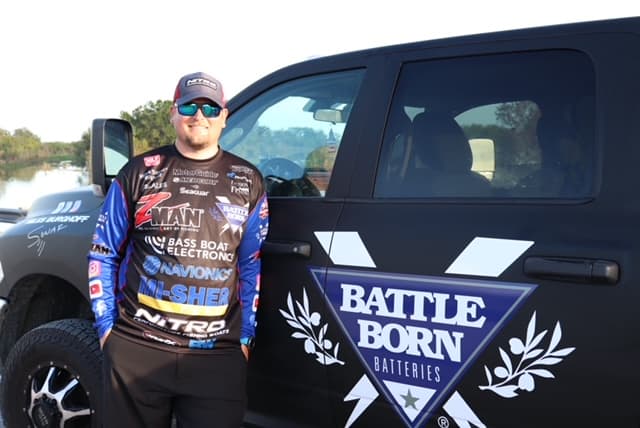 There are many reasons I felt the switch to lithium finally needed to be made, such as reduced weight, increased charging times, longer battery life and more consistent power throughout a day, but of all the reasons I could list, the main reason is how effortless my battery system has become.

Now, as my list of things to worry about gets longer and longer as I grow older and my career continues to blossom, I always relish the opportunity to find something that eliminates uncertainty and allows me to echo the words of the one and only Forrest Gump:

Check out Miles Burghoff on his YouTube channel, website, and Instagram! You can also find our previous blog about Miles’ career and what’s next for him here.