John and Brenda Nejedlo of GeoAstro RV are passionate about getting out there and staying out there. Living full time in their RV nicknamed “The Death Star,” the couple hosts interactive shows with their telescopes and educates participants about all things astronomy–related. As proud supporters of Battle Born Batteries, John and Brenda are always fielding questions from fellow travelers about what’s powering their RV across the country! You also can read more about how the couple partnered with us in our previous blog post here.

The two former teachers met in Green Bay, Wisconsin, and fell in love with the idea of living the nomadic lifestyle after Brenda’s colleagues bought an RV. While John and Brenda were initially apprehensive about being successful at the lifestyle, they eventually discussed and warmed up to the idea.

They travel in a 2017 Thor Aria 3401 RV and tow a MS-325 trailer which carries all their astronomy gear. Because the trailer is completely outfitted with solar and lithium power to keep the astronomy gear climate regulated, it earned the nickname “The Deathstar” due to its unique appearance. John and Brenda chose the Thor Aria due to its short length in order to enable to comply with National and State Park regulations on length. With a background as an RV technician, John likes being able to know their rig inside and out. 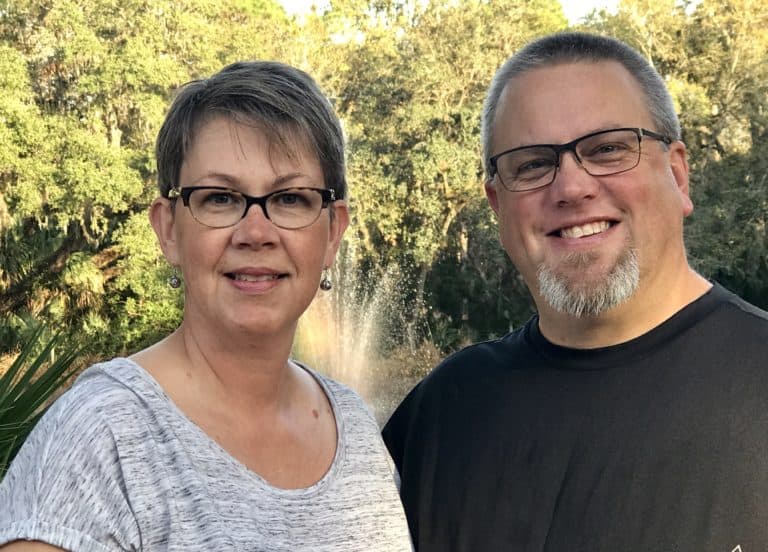 As fixtures of Theodore Roosevelt National Park and its educational program, GeoAstro RV is a frequent host of constellation presentations to garner interest in the general public before the pandemic.

“We actually volunteered over 32 hours a week for the park, but it’s never seemed like work because we love what we do and have so much freedom in what we choose to do there,” said John. 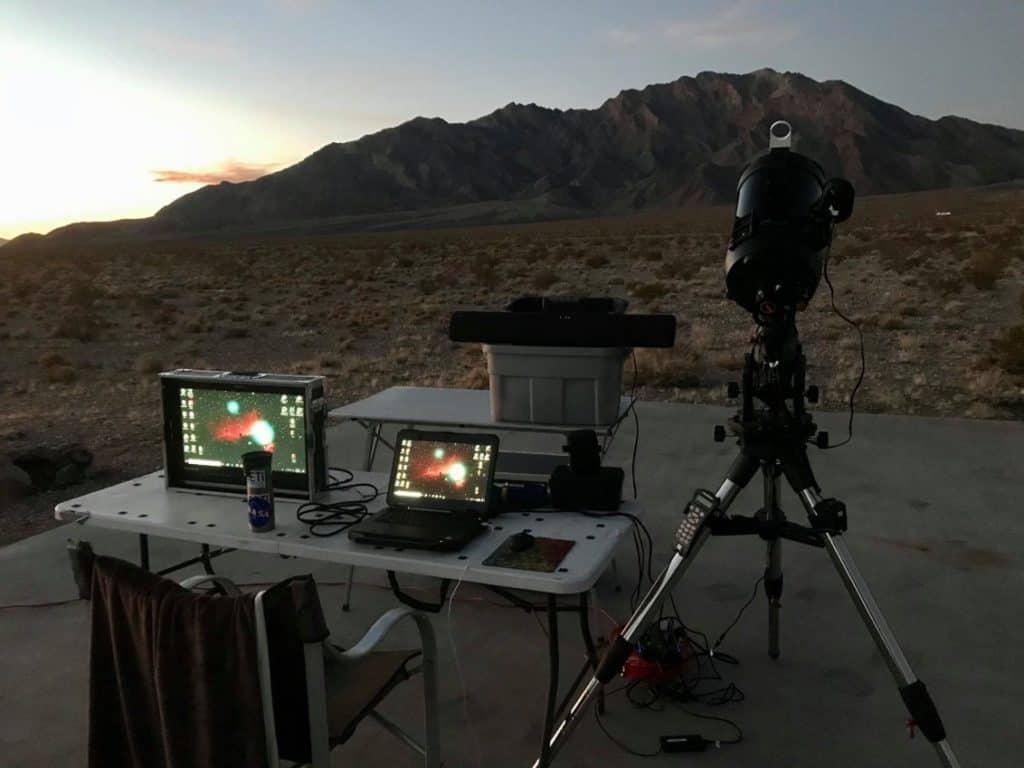 The Electronically Assisted Astronomy, or EAA presentations, typically consisted of a group of twenty people or less and walked through how to use the telescope and how to safely look through it. They told stories about the constellations and planets that were visible as well.

As a former teacher, John enjoyed quizzing participants on everything astronomy–related and with every show aimed to get people involved and immersed in the experience. He has them look for three to four constellations each to show people how they can get into astronomy on their own and don’t always need expensive equipment. Emphasizing the hands-on aspect, John and Brenda want people to not be afraid of the telescopes either.

“There’s a lot of programs that say to look but don’t touch the equipment, but that isn’t what exploring the night sky is like at all!” John said. “We want people to know how to properly sit in the chairs and adjust the telescopes and be confident in handling them.”

If applicable to the stories she tells, Brenda, who has a background in teaching music, likes to incorporate instruments into their shows. She leads the constellation sections of the shows where the immersive storytelling magic happens. Setting up a 12-foot screen and projector, John and Brenda use laser pointers to explain deep space objects during their nighttime programs.

With their daytime shows, they encourage people to use their hydrogen–alpha telescope for solar observation. Within minutes, they can get high-quality images of the sun.

John and Brenda also love to take their program to middle and high schools and switch it up for kids and teens there!

“The students get to operate the telescopes, choose what they want to look at and we can guide them through,” John said. “If they get into globular clusters, for example, and want to know more about what to go look for, we just fill in the pieces about what it is!”

Even though GeoAstro RV recently donated their 20-inch observatory telescope and solar telescope to an organization in Arizona, Reach for the Stars, they still will continue to do presentations virtually. Because COVID has caused them to spend the last year hosting events online, they are looking forward to the time they can serve in the Volunteers in the Park program. When they’re not participating in education programs, John and Brenda are traveling in their RV. They sometimes host impromptu shows for curious fellow boondockers after dinner.

The GeoAstro RV “Death Star” is a 2017 Thor Aria 3401 RV with a Mobile Solar MS-325 trailer, it incorporates the following components:

John and Brenda have implemented this system in their rig since we first met and partnered with them to produce “RV Nomads: The Movie,” a project sponsored by Battle Born Batteries in 2018.

“People are always curious about what our energy system is and how we’re able to do what we do,” John said. “They just see us and pull up, whether it’s in the day or the evening. We really are able to stay out there longer with our lithium and solar system in place, and people really enjoy seeing that.” After all these years, we’re happy that our batteries have eliminated any battery anxiety that John and Brenda may have had in the past.

Like many nomads, the Nejedlos are currently spending the winter months in sunny, warm places across the Desert Southwest. They also have picked up amateur radio and plan to implement it in a program known as Parks on the Air and Summits on the Air. It provides an alternate form of communication for national and local parks to be in contact with each other in case of emergency via ham radio.

“We decided to get into ham radio, even if it sounds geeky and antiquated, because of the crossover between science and art,” said John. “I also like it because it’s a form of emergency preparedness and allows me to actually get emails when we are far from cell service.“

John and Brenda are studying for two of their three ham radio license exams this summer and plan on learning morse code as well, with all their equipment powered by Battle Born Batteries.

If you’re starstruck by GeoAstro RV and what they do, give them a follow on Instagram and Facebook. They posted their travel plans on their blog and encourage people to safely reach out for a socially–distanced show!