Here at Battle Born Batteries, we firmly believe in the power of giving back to our community. Our team had the privilege of partnering with the Wounded Warriors in Action on a recent project at Camp Hackett, a sportsmen’s paradise located in Northern Wisconsin. Founded by Retired Army officer John McDaniel in 2007, the nonprofit organization serves combat-wounded, Purple Heart recipients by providing them the opportunity to get outdoors. You can read more about the experiences of several Heroes who participated in the program here.

About The Founder of Wounded Warriors in Action:

John McDaniel has always put people first. As the captain of several sports teams in high school, McDaniel had an aptitude to lead and a passion for doing so. He joined the ROTC program while attending the University of Wisconsin, and subsequently enlisted in the Army where he served as an Airborne Ranger, commissioned as a 2nd Lieutenant in the infantry, and retired as a Lieutenant Colonel. 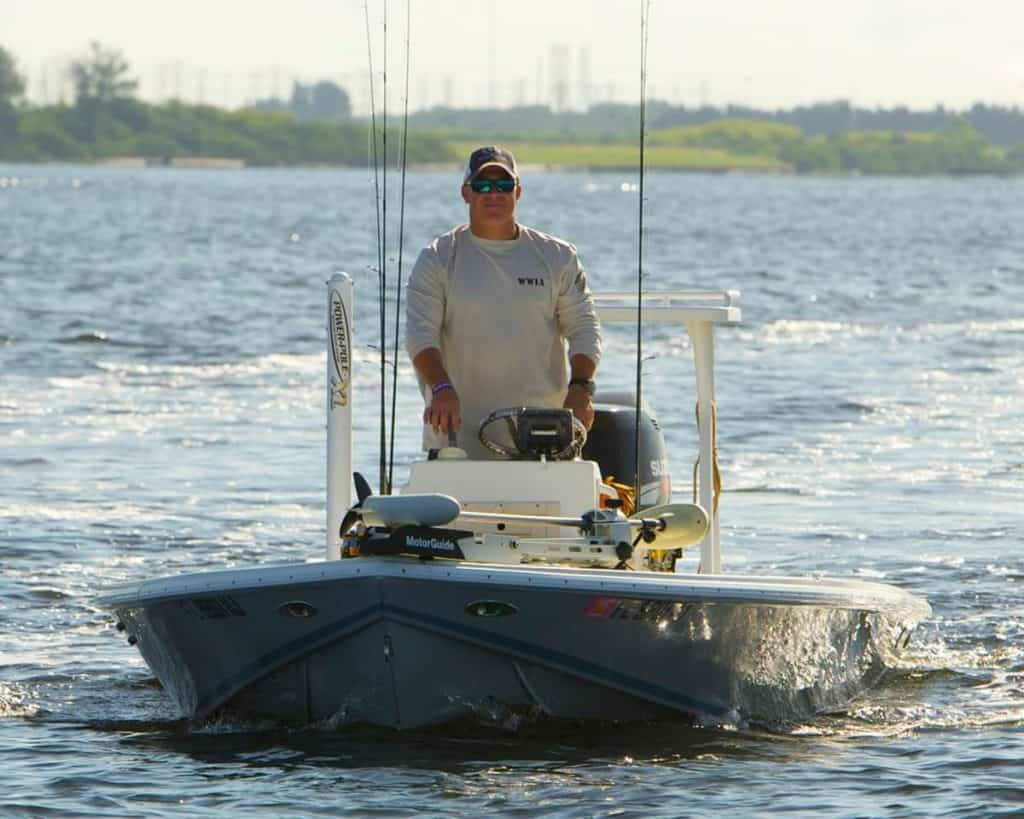 His time on campus only strengthened his desire to lead. The Vietnam war had recently ended, and many students had strong opinions about the long and costly conflict. He recalled the poor treatment of fellow ROTC members and veterans by other students, being subjected to insults and name-calling while walking to class in their perfectly pressed uniforms.  Remembering those moments, McDaniel vowed to do something to turn the tides and give back to those who served.

Currently, Wounded Warriors in Action has over 4,000 volunteers across the country, many of them Purple Heart recipients or combat-wounded veterans who have gone through the program and become leaders in the organization. These tremendous Guides also serve as mentors to their peers to facilitate the development and growth of strong, meaningful bonds between small groups of Wounded Warriors. Together, they share the joy and passion for the great outdoors and the healing power found within that special place.

Camp Hackett: A Place for Honor, Connections, and Healing

Operating in the North Woods of Wisconsin is McDaniel’s own hidden gem: the Healing Center Camp Hackett. At roughly one thousand acres of paradise for veterans to hunt, fish, and become revitalized by the outdoors, it’s the organization’s model property for how other missions are structured. The camp affords veterans the chance to pursue some of the most unique game and fish species across North America. It serves as the ideal venue to live out the Wounded Warriors In Action’s mission—to serve our Nation’s combat-wounded Purple Heart recipients by providing world-class outdoor sporting activities as a means to recognize and honor their sacrifice, encourage independence and connections with communities, and promote healing and wellness through camaraderie and a shared passion for the outdoors.

Though Camp Hackett operates off the grid, their existing setup was lacking efficiency and in need of an overhaul. Achieving independence in one of the most remote parts of the state without relying on fossil fuels was not only vital to the WWIA’s mission, but perfectly aligned with our company’s mission as well.

“We just couldn’t leave the project and its success or failure in someone else’s hands,” said Wade Seaburg, our company’s recently hired Director of Business Development and Outside Sales.

For Wade, the mission of the WWIA resonated on a personal level—his grandfather served in World War II, his uncle served in the Army and his cousin Ray served in Desert Storm. After reconnecting with his high school classmate Gabriel Fierros, a veteran and current Guide for the WWIA, Wade and the Battle Born team welcomed the opportunity to partner with the organization and help implement a viable energy storage solution for Camp Hackett.

Wade enlisted the help of his brother Ryan who was a crucial part of the build, helping dig the trenches, clear out rock piles, and putting in 15-hour work days. Ryan is the CEO of Qubit Networks, a technology company with a strong social media presence and a focus on network security while fostering relationships with customers.

“I have nothing but respect for those who served and helped make this the greatest country on the planet,” said Ryan. “I know this place will make a lot of good memories for good people.”

One of the first tasks was installing a power system with Battle Born Batteries and eliminating the camp’s reliance on a propane-fired generator. With our batteries powering the bunkhouse and two outbuildings (in addition to the organization’s Airstream trailer) the property is able to utilize a solar setup that is truly off the grid. With the upgrade to a quiet, energy-efficient system, members can now sit around the campfire on the property to connect and revitalize themselves in nature, with no noise but the sound of the forest.

To learn more about the Wounded Warriors in Action organization, visit their website, Facebook, and Instagram. You can read our original announcement regarding our partnership here. We’ll be sharing more about how our company was able to help with the Airstream in the future, so stay tuned.