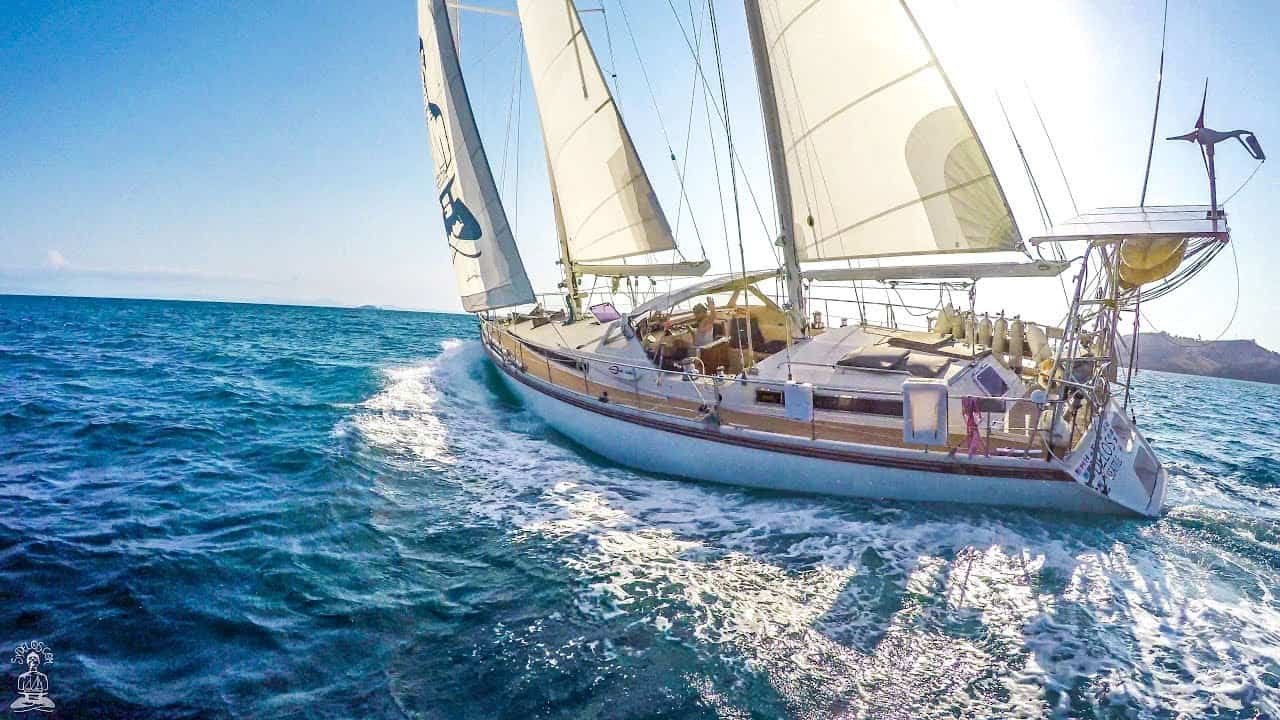 The SV Delos is a world-famous sailing vessel that began circumnavigating the globe in 2009. The revolving crew is headed up by Captain Brian Trautman. Captain Brian left behind a career in software and began sailing around the world full time. 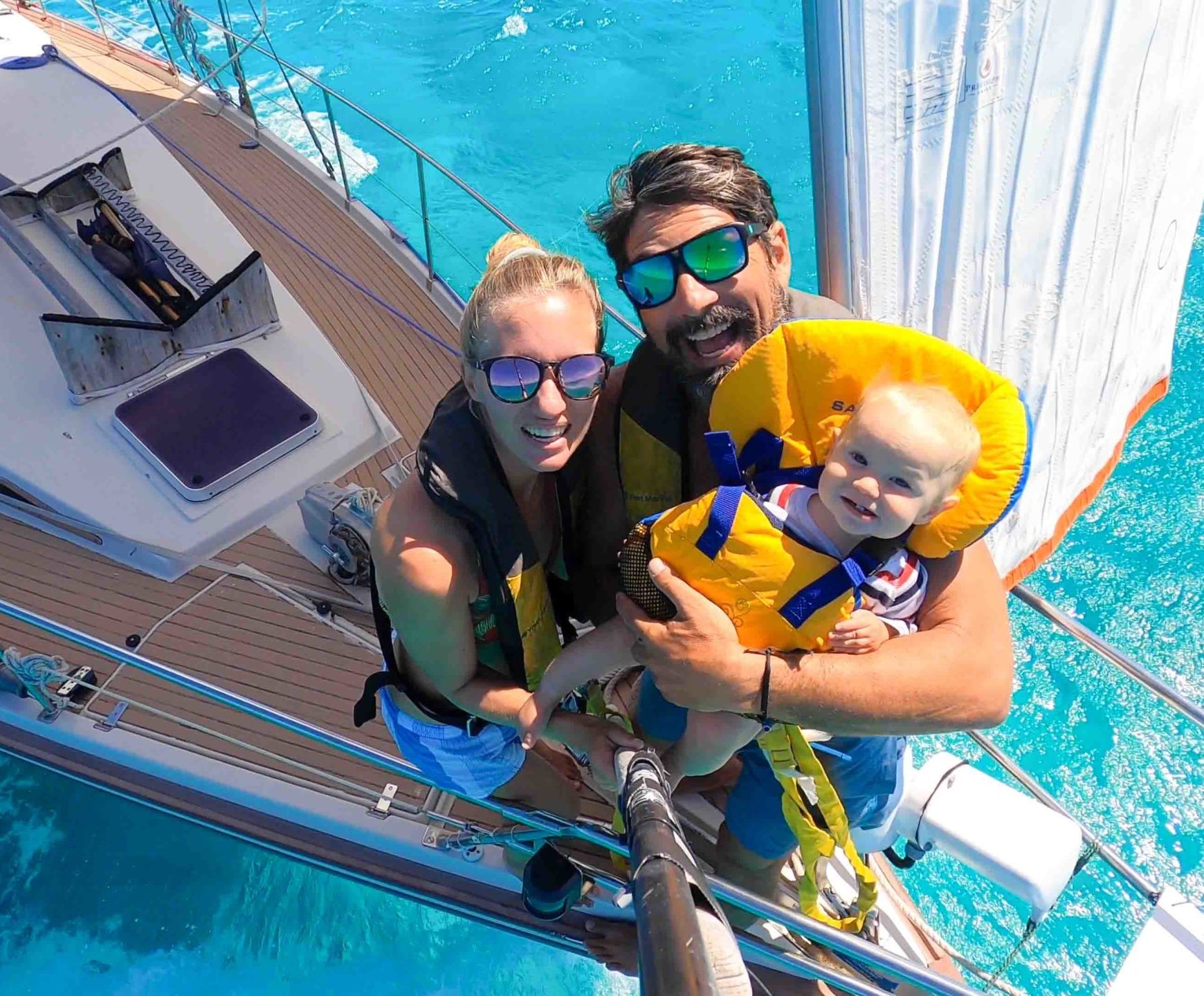 Originally, Brian bought SV Delos with the plan of a year and a half sailing trip, which quickly turned into 10 years! Chasing “the American dream” never appealed to Brian. He looked at his life “for the next 20-30 years and didn’t see myself incrementing to a bigger house or another car and another TV and being in basically in the same place I was at 60 years old.” He sold all his belongings, quit his corporate job, and became a man of the sea!

Currently onboard is Brian, his wife Karin, and their one-year old daughter Sierra. Living with an infant is quite hectic, and sailing is no exception! Brian explained, “she just started walking so she runs around like crazy! On our sail to Maine she kept grabbing the throttle of the boat and pulling it back, which shut the engine down!” He had to remind baby Sierra they were using the throttle to get where they were going.  Brian expressed he and Karin have had so much fun watching her grow at sea. 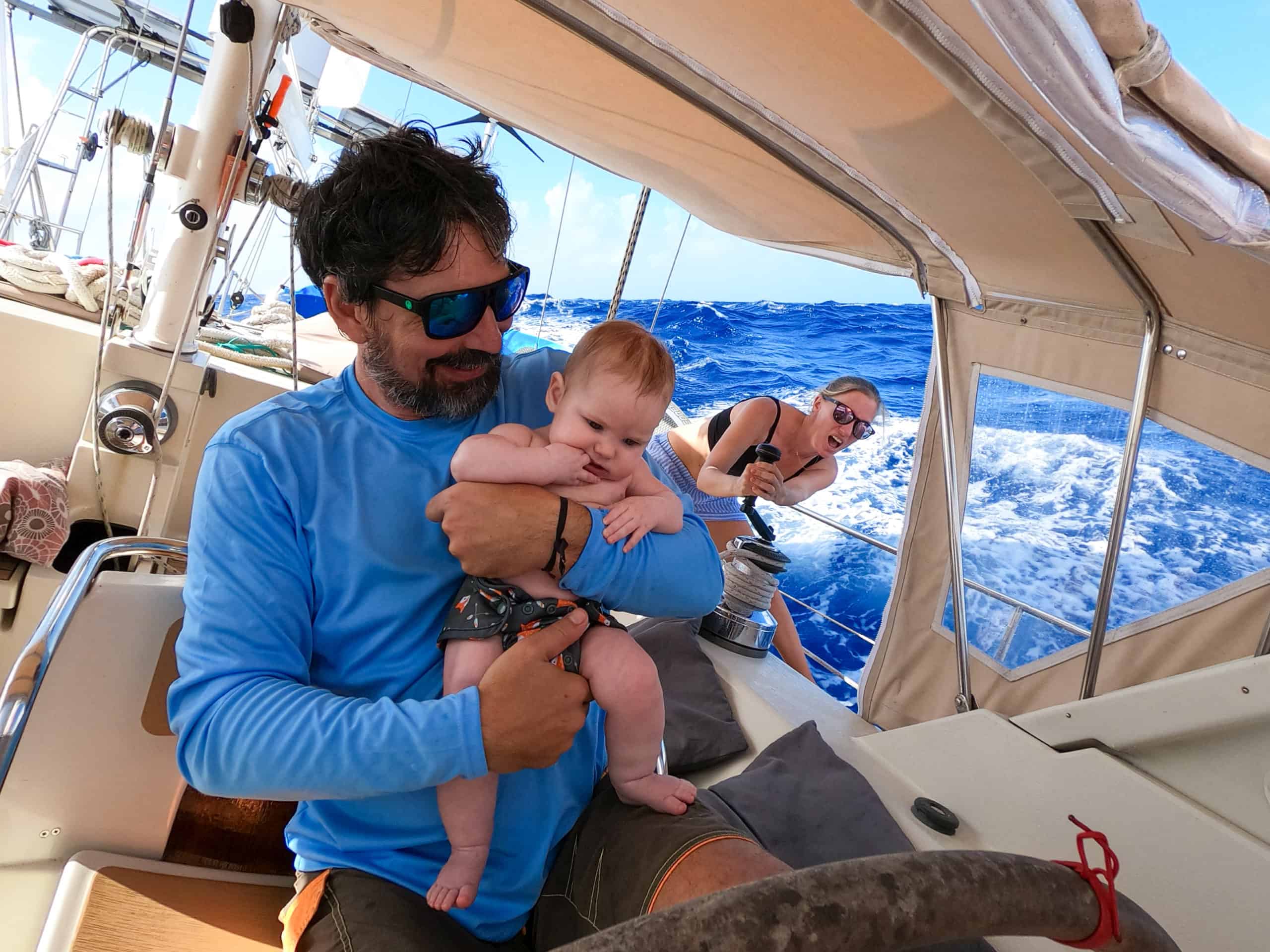 Powering the boat with LiFePO4

In July of 2020, Brian installed a set of 8 100Ah lithium deep cycle Battle Born Batteries. Captain Brian Trautman is very happy with the batteries. He told us, “the batteries rock.  It’s so amazing to see the voltage stay up so high, even when taking 100 amps out of the bank at 24V.” He continued, “and then when we charge them, they just take current until they’re charged.” Having experienced the hassle of lead acid AGM batteries before, Captain Trautman immediately saw the difference. “So very different than the lead acid ones where the charging current drops off and seems to take forever to fully charge.” 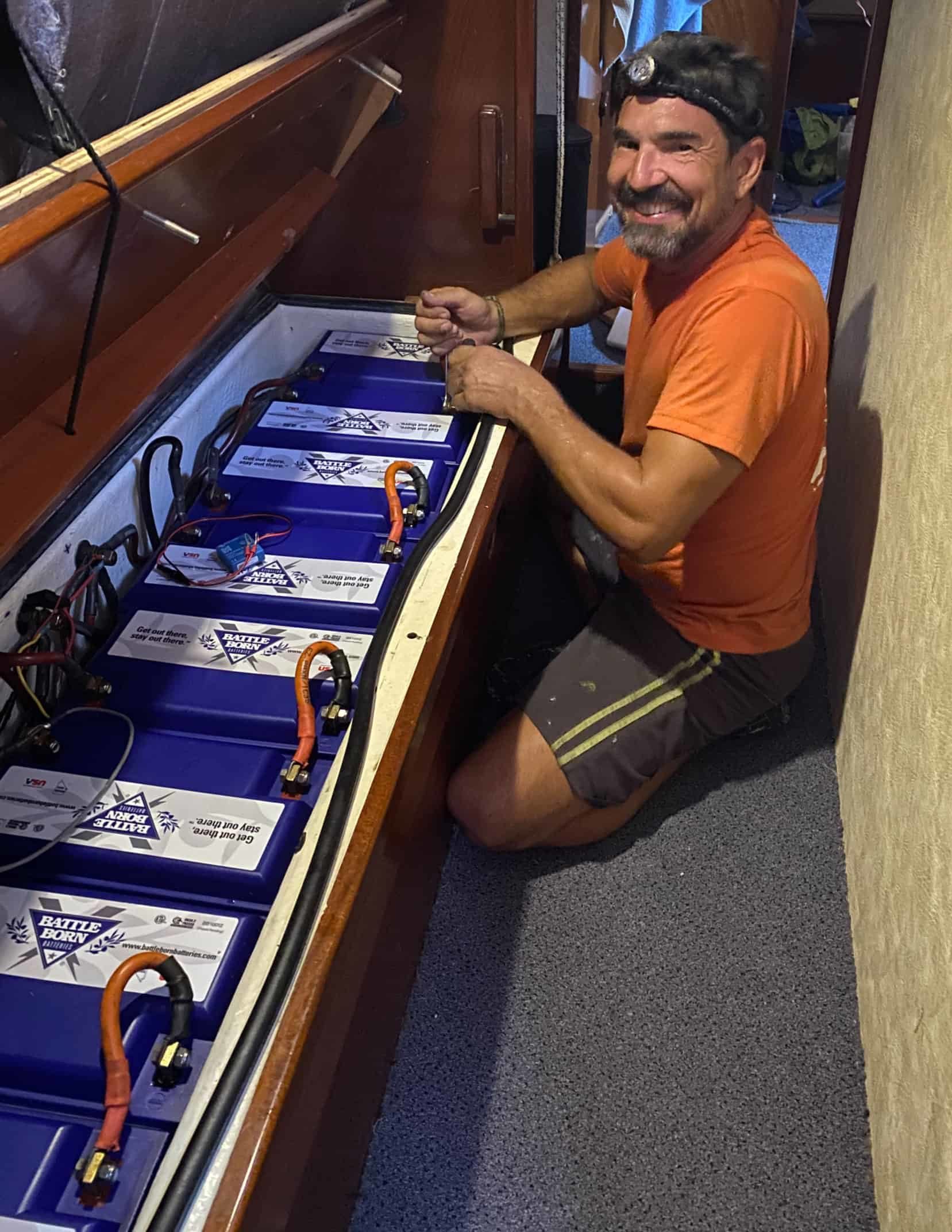 The system was a new and improved drop-in replacement for the outdated lead acid batteries. He also installed a Victron 3000 Multiplus 24 volt to the 230vac inverter charger Victron Blue Solar Charge controller and the upgrades didn’t stop there.  The whole point of upgrading the battery bank on the SV Delos was to add in an induction cook top and city grill from Kenyon.

With the extra power on board, Trautman and crew are happy to entertain lots of friends in port. He told us, “I cooked a curry for 15 people onboard fully powered by lithium power on the induction stove.” The switch to lithium has allowed them to get rid of their LPG stove and oven. He continued, “I found the galley to be much cooler without all the wasted heat from the propane stove.” Brian explains, “Delos is now self-sufficient cooking off solar and wind power.  No more hunting around random countries seeking out propane refills and different tank adapters at every port.  Not having to store a highly flammable gas onboard is really a big deal.”

Brian gave us a powerful analogy. “Think about if you had a car and when you took it below half tank it would ruin your engine. How ridiculous would that be!? That’s how lead acid batteries are. You get to half capacity and you can’t use it. With Battle Born Batteries we can use them and not have to worry about losing power.”

The Battle Born Batteries team is very excited to have our equipment on board the SV Delos. We feel our product is a perfect fit for this aquatic project.

What’s Next for SV Delos

As for what’s next for SV Delos and the crew, plans are very up in the air right now.  Brian revealed, “we’re about as far north as we can go now at Mount Desert island in Maine. The Canadian border is still closed due to COVID-19.” However, they plan to stay there through the fall, and when it gets too cold, they will sail back down south to a warmer climate so they “don’t get covered in ice!” 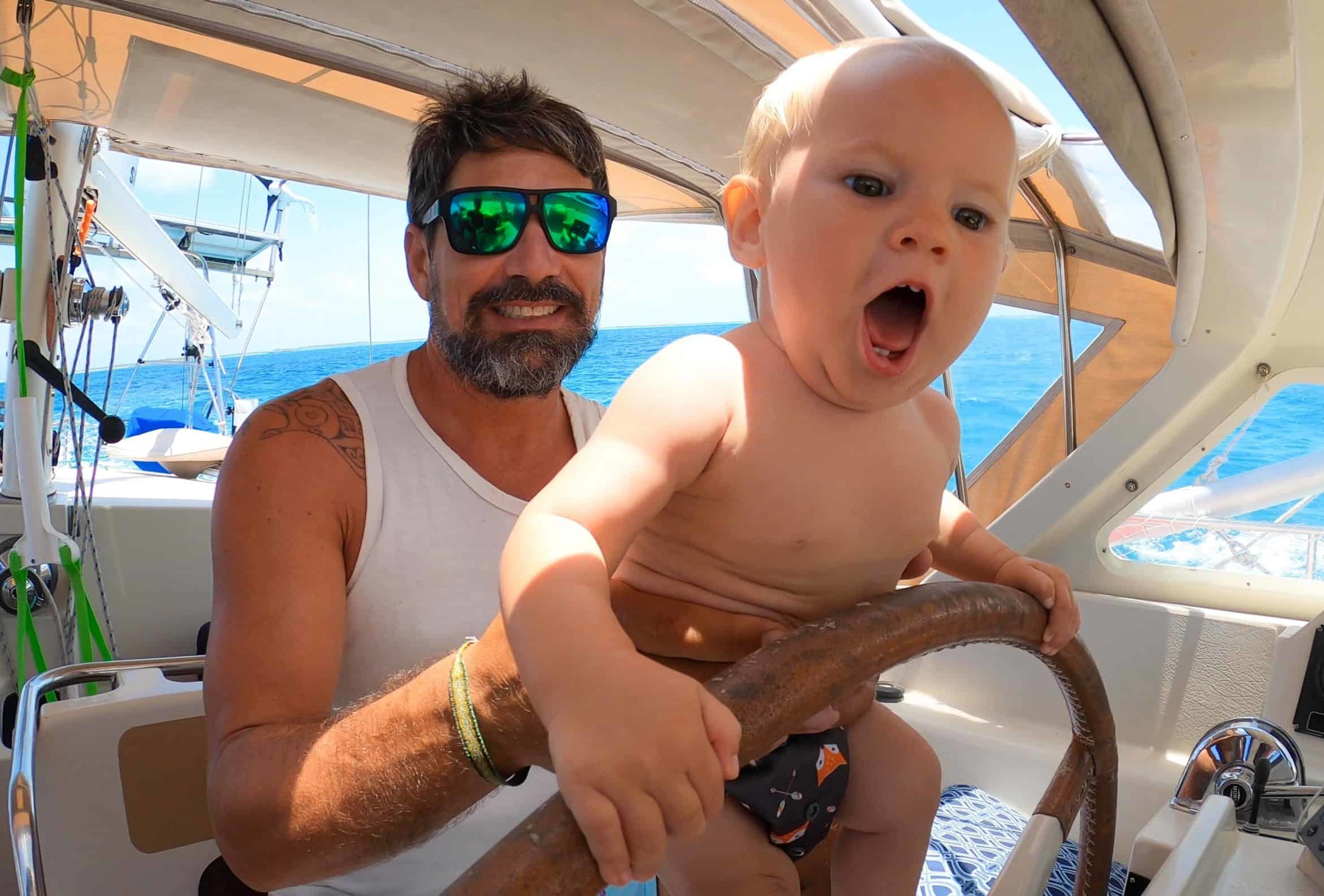 Hoping to end up somewhere near the Caribbean as it warms up next year, Brian laughs they’re “just making a plan up as we go right now!” Brian’s dream sail? He would love to sail his family to Japan or Greenland! Also, you can see more about the adventure of the SV Delos Crew here and you can watch their journey unfold in real time on their Where’s Delos? page.