At Battle Born Batteries we strive to provide our customers with long-lasting power no matter where their travels take them. Battle Born provides customers like Tom and Cait Morton with LiFePO4 batteries that are reliable and strong. The Mortons have been traveling around the country since 2015. After RVing for quite some time they knew they wanted to continue to push themselves and inspire others to do the same. The following blog follows them on their adventure in the North. In April 2019, Tom and Cait Morton began their journey of traveling north. Through Canada, over into Alaska, and all the way to the Arctic Ocean, their custom 1172 Lance Truck Camper was the ideal way to travel off grid for this trip. Alaska is one of the dream travel destinations for many RVers. For the Mortons, Alaska was always a question of when, not if.

During their six-month journey through challenging terrain, Battle Born Batteries were there to keep them powered so they could get out there and stay out there.

The Mortons began their journey full time RVing in September of 2015. As their love of the nomadic lifestyle evolved, so too did their rig and their intentions. What had started as documenting their travels for family and friends grew, and they soon realized others could benefit from their experiences. They also felt a need to inspire and educate people: much of their documentation provides a natural blend of local culture and historical context.

Late last summer, the Battle Born team caught up with the Mortons near the tail end of their Alaskan adventure. This featured video covers how crucial Battle Born Batteries have been to their travels.

Downsizing to a truck camper from a big ol’ 5th wheel might feel like a challenge to most people. You’re giving up a lot of space, but for the Mortons, it was an easier transition than either of them expected it would be. It also gave Cait a lot more freedom and confidence. That’s one thing she’ll miss the most – the 5th wheel doesn’t offer the same kind of liberation as the truck camper.

From the first night of the six-month adventure to their last night on the road, they stayed in the same camp site, a fitting end to their long journey. Returning to their 5th wheel was a welcomed sight for both Tom and Cait, as well as their two adventure pups, Mocha and Bella. After living in their truck camper for over six-months, the 5th wheel was a bit of an adjustment for everyone – there was so much space! One of the first things they did was sprawl out on the floor, a moment that represented the end of an amazing chapter in their life.

Their favorite part of the trip – how can you pick just one? One of Tom’s major highlights was finally making it to the Arctic Ocean. Cait had all the boxes checked: the mountains, the wildlife, the glaciers, amazing hikes, amazing mountains. It far exceeded what she thought they would experience.

Of course, they had their share of challenges. But the places they went, the people they met made the experience what it was. During their constant adventure, they often had to remind themselves to slow down and really enjoy it. Their lasting words of advice? Don’t let the horror stories deter you, take your time, plan for the worst, and get out there.

The Morton’s Lance Truck camper is outfitted with five lithium Battle Born Batteries. Their goal for this setup was to do something completely different than they had done before: charging their bank solely from the vehicle’s alternator, no solar, no generator. The system performed and allowed them to operate a full summer without all the additional equipment need for a generator or a solar setup.

They had planned their trip so they would be leaving just as the snow and colder temperatures started to arrive. Battle Born Batteries have a built-in safety mechanism (a Battery Monitor System, or BMS) that kicks in if the battery temperature falls to 25 degrees. At this point our batteries will no longer take a charge to preserve the life of the battery. Towards the end of their trip when the weather started to turn, temperatures dropped down to 20 degrees below freezing. With the Morton’s setup, their trail Truma furnace’s bleed heat kept the batteries around a toasty 40 degrees, proof that the set-up makes all the difference! 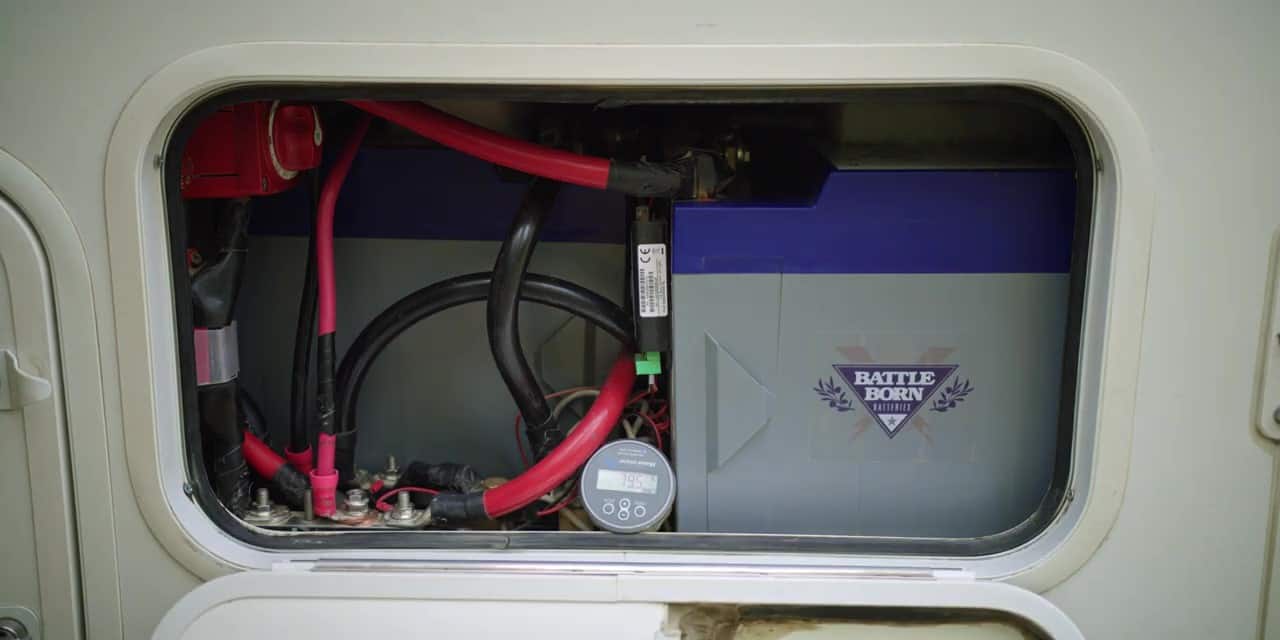 For their full system you can head over to their website where they’ve posted a blog on the technical elements of this setup. Tom has a technical engineering background and goes into great explanation on the equipment they chose and its setup.

Their time in the North may have come to an end. But Tom and Cait have some exciting new projects in the works. With the Go North vehicle, the intention was always to remove the electrical and power system once the journey came to end. This electrical system is now being repurposed for a new project in the works in partnership with Battle Born.

While the details are staying under wraps for now, keep an eye out for an exciting new launch from Battle Born in partnership with the Mortons. 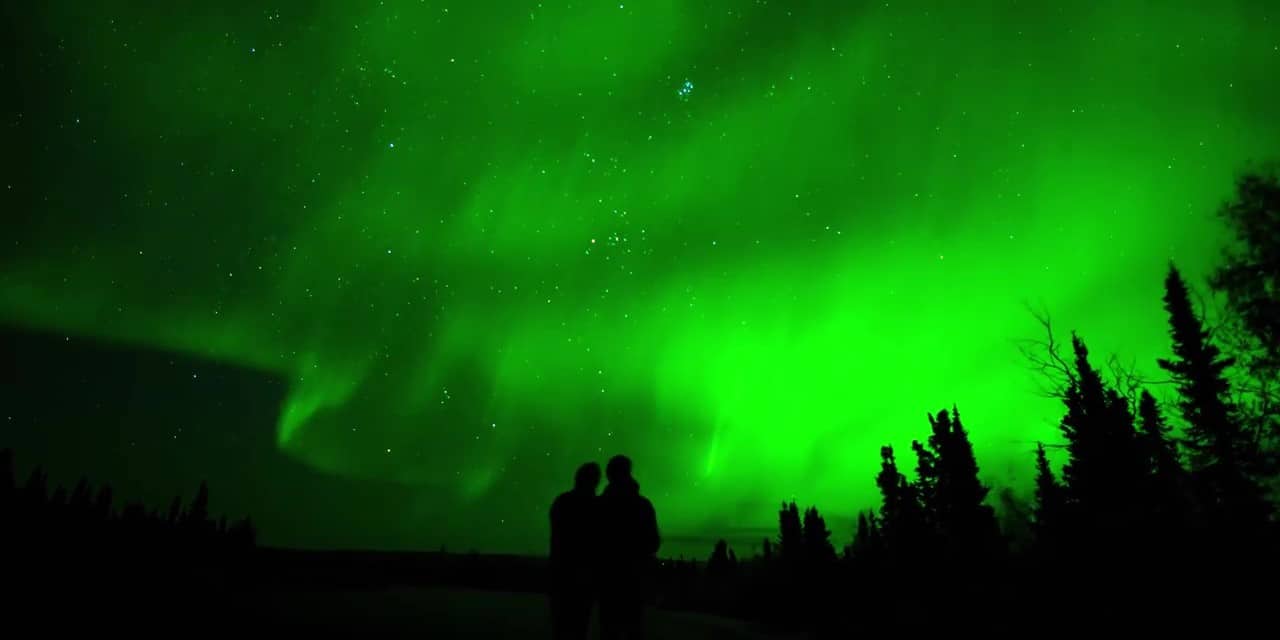 2 thoughts on “Mortons on the Move: Tackling the Last Frontier with Battle Born Batteries”